This is a non virtualization based topic, but since I know many in the VMware community are working with a MacBook I just wanted to share this quick workaround about a malfunction I have when connecting to a public wifi since upgrading to Mac OS Mojave.

Once you connect to the public wifi instead of a captive window the following error shows up.

A Problem Occurred. The web page couldn’t be loaded 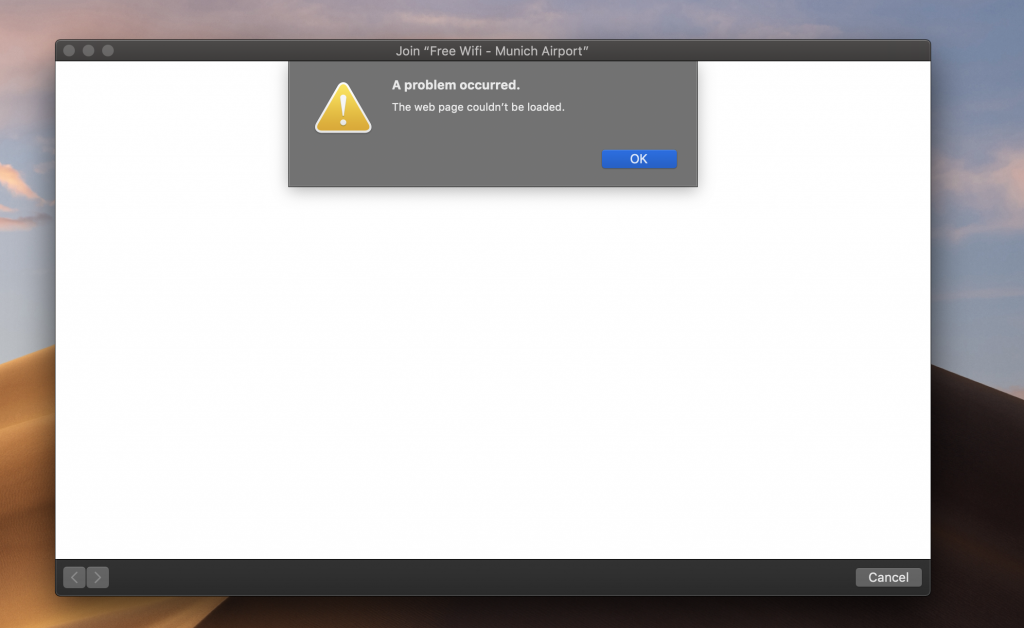 There seems to be an issue with displaying the captive screen within the integrated browser. What is the workaround? Open up another browser, like safari and bookmark/open the following page

It might be necessary to refresh this page multiple times until the correct captive screen will be shown. But after a few retries you should be able to authenticate.

After the update to Mac OS Catalina I was faced with another issue. While connecting to a public wifi no captive screen has been shown. This time even above mentioned workaround was not properly working.

After doing some research I found a workaround, to make it functional again.

Open the terminal remove the content of the following folders

Make sure to copy the folders up front to make sure that in a case of problems afterwards, you are able to restore them.

21 thoughts on “#Mac OS Mojave. A Problem Occurred. The web page couldn’t be loaded when connecting to Wifi”